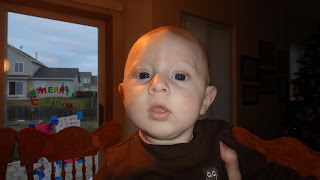 Other than motorcycles in life I have four kids and number four came along last September 23rd.
All health except for his poor head. I noticed it when I first held him and touched his forehead that it felt like the two front plates of his skull were over lapping and none of the other kids ever had this.
On the one month visit the Doc didn't mention anything so on the two month check-up I asked the wife to bring it up. We were told to bring him to a neurologist and get him evaluated for Metopic Ridge. The wait alone was rough to see Dr.Bowman out of Chicago Children's memorial hospital. The best part was we have a friend who was a nurse for Childrens and told us the plastic surgeon who remove a birth mark off of our second daughter has taken this up as "his baby" of surgery's. 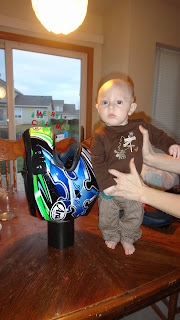 So after visiting both Doc's we have a date for March 23rd. The good in all of this has been friends wanting to get in on blood donations. Even people I just kind of know want help out and that's what really shocked me. It's nice to see. The other huge positives are on a level of one to ten Charlie is a four with no neurological damage and his eye sockets are round with no droop.
I think the biggest stress so far is me freaking out he's going to get sick and get a pushed back surgery date and that might mess up all the blood that has been setup. I guess a baby's blood factors can change and he needs to get a blood test two days pre-op to see what donation will be used. So yeah a delay is not wanted. 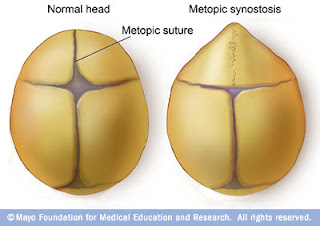 If you find this page and have a kid with a skull issue go to Cranio Kids forum it will help. For now it's about eight days out and it can't come soon enough and just wish Charlie the best.
Posted by FATTKAW at 10:07 PM

Jon....if you need anything...please know i'm here for you...don't be shy to ask....blood, babysitter, shoulder to lean on, you guys need a few meals...etc... I love you and your family with all my heart! I know everything will turn out very well for Charlie!Love you

Cute Kid, I hope it all goes well for you. Thinking of you next week. All the best

thanks for the love guys. I'll call you Jen to keep you up on whats going on..

Thanks Jon! Little Charlie has a lot of people praying for him and his well being