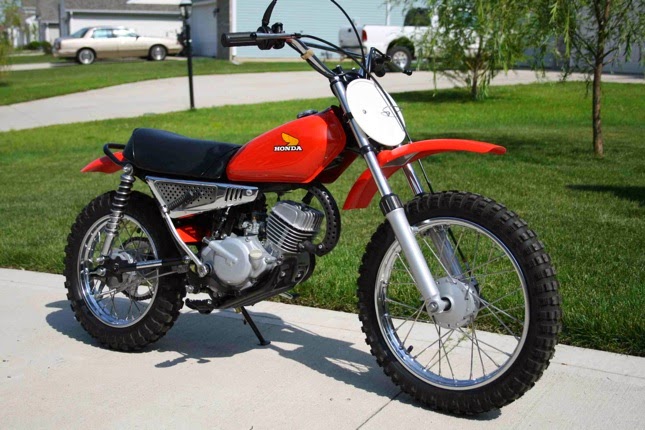 My first bike was a 1974 MR50 that I bought from my cousin Steve. I can very much blame him for this addiction to motorcycles. It was a bike he picked up from a neighbor that was well used and just needed the points cleaned up and the plug cleaned to keep it running.
I remember begging him to let me ride it in his front lawn and he was reluctant since my Mom hated motorcycles. Steve gave in and also called out my other cousins (Steve's daughters) from the house to learn how to use a clutch and ride the bike. Both of the girls did a good job getting the clutch out, while I had hard time getting it going but when I did, man was I hooked. It was like the worlds biggest adrenalin rush. I remember not wanting to get off and when I did I was just shaking. The deal was for me to not mention the riding lesson to my Mom but that was impossible and we bought it a week later. We had trails about a mile away, illegal trails but the cops drove suburbans and I guess not much of a threat. So that's what I did on the weekend and on the weekdays it was a million wheelies and doughnuts in the driveway.
BTW: this is not a pic of my personal bike.
Posted by FATTKAW at 7:59 PM No comments: 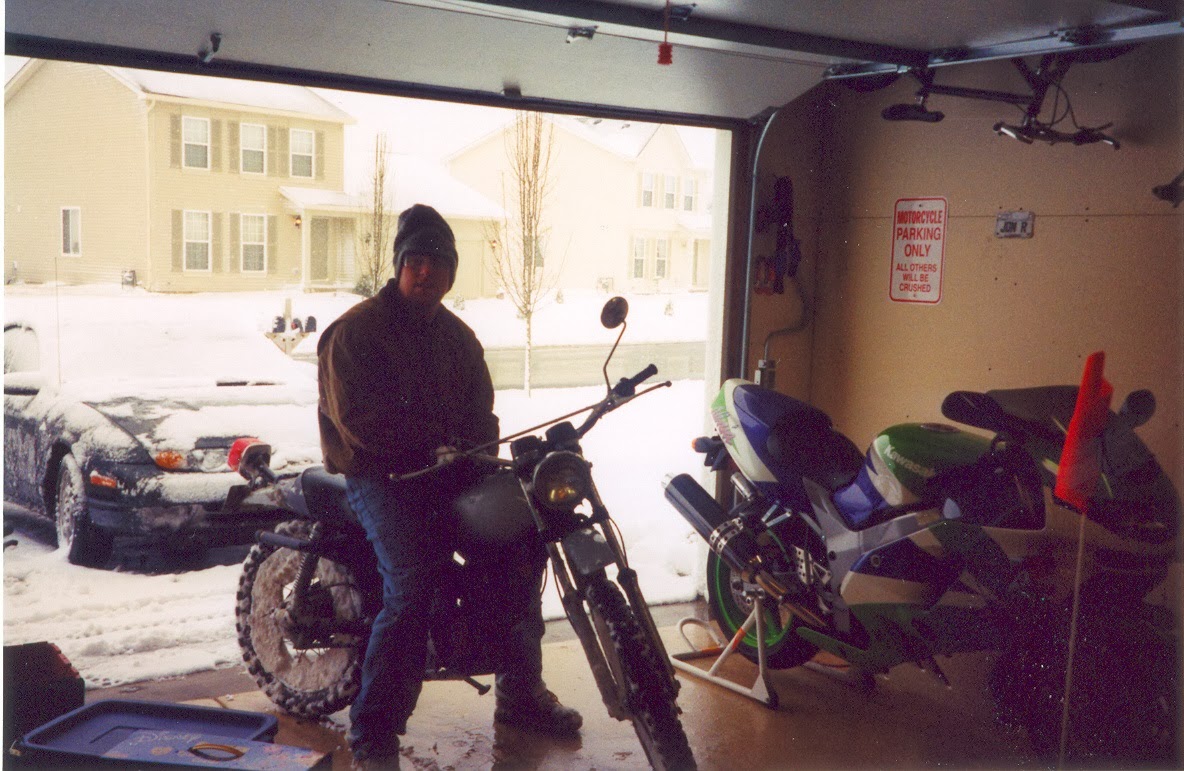 The Chicago reality check is in full swing this winter as we are being plastered with the most snow I can remember since being a kid in the early 80's. I haven't been on the bike for about three months and right now I'm missing my old beater. She was a 1974 KS125 Kawasaki and very fun in the snow. It was not so great for wheelies but it was the queen of the power slide. Hope the old girl is still running and the owner is keeping her happy. Do you ever wonder what happened to your old bikes???
Posted by FATTKAW at 11:41 AM 2 comments: