The one thing that has been bugging me on the KLR at high speeds is buffeting. The little stock screen is a little too small so I bought the large screen from Kawasaki hoping to would be good to go. It does a great job between 40-60 mph. It's really great at night keeping the bugs off the visor. It's just at the speed of about 70 mph that I get a buffeting that drives me nuts after fifteen minutes.
I've seen a few other KLR people with the MRA spoiler with the MRA screen. To me the stock screen looks the same as the MRA screen but it's smoked. I could care less about the smoked screen and all I want is the spoiler.
Twisted Throttle sells just the spoiler but you have to make a template to figure out what dimension to buy. I'll save you some time and tell you if you have a 2008-2010 you need the VTA4 for your STOCK screen.

The Template is easy to make but you need a yard stick that that uses centimeters. 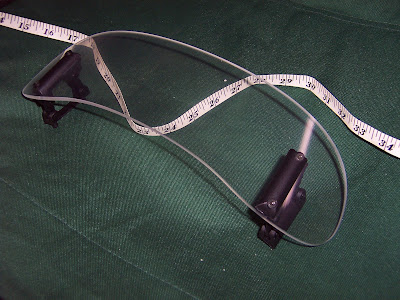 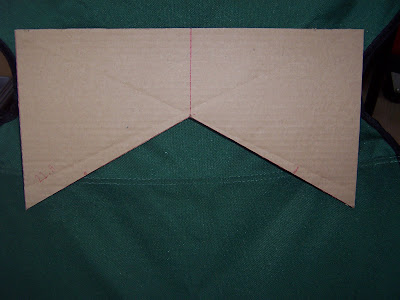 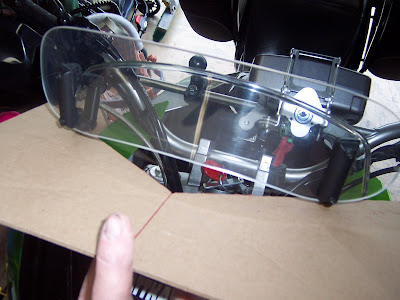 Once the template is made just put it at the top portion of your screen and dot the places on the cardboard that it contacts the screen and thats the distance you need to order. 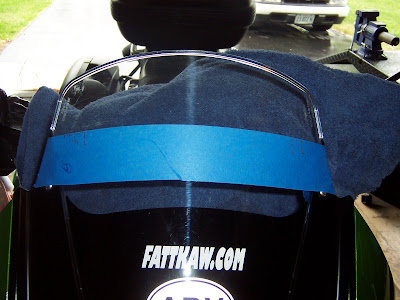 I put tape across to make a level area so I don't drill the holes poorly . 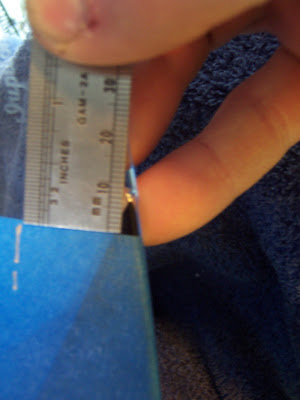 I put the tape across the screen so about 7mm is left showing on both sides of the fairing support. 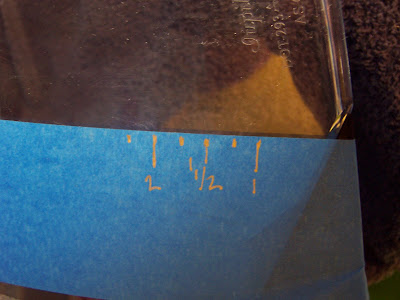 I put measured marks on both sides of the windscreen to use to center the MRA spoiler. 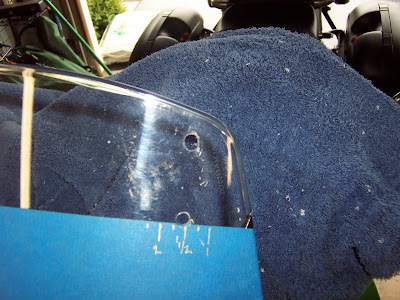 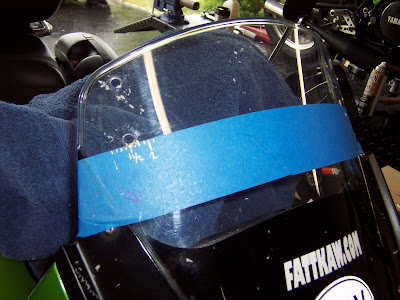 If you drill your holes and you find the screen won't line up just take a dremel tool with a very mild grinding tip to fine tune the holes. Use the dremel on very low speeds 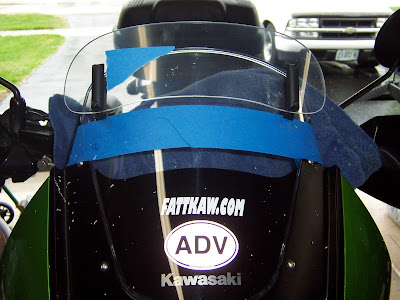 Mounted and needs to be cleaned up. 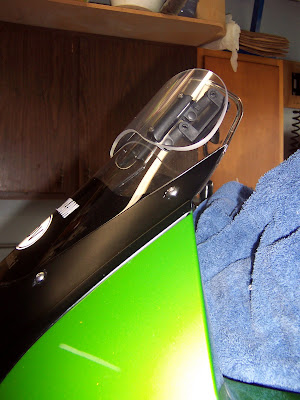 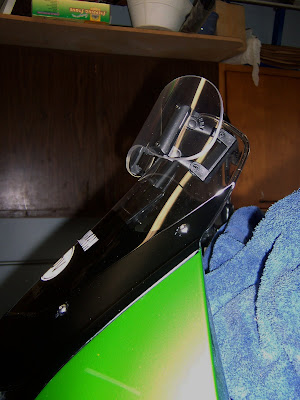 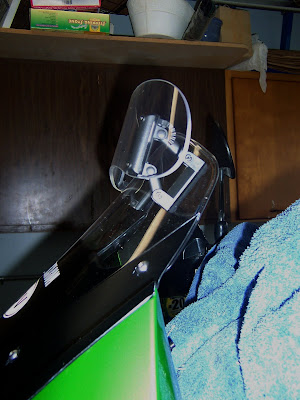 As high as it goes and it's looking to be about the middle of the road from stock screen to Kawi tall screen. Tomorrow I get to take a little blast to see how it feels! :)


ADDED: Went for a 60+ mile ride down the highway and all I have to say is WOW, it's nice. Really wish I had this the from day one. I tried it all the way down and it was like it wasn't even on the bike. Then all the way up and it feels just like the Kawi tall screen but no annoying buffeting. This is really going to be perfect on the big great lakes tour I'm doing on the first week of June.!!
Posted by FATTKAW at 10:09 PM

Looks like a pretty clean install. Seems much easier to mess up the nice lines of the 08+ with aftermarket stuff. I guess I will be going to the website and seeing if they have them for the older style. Nice write up.
-Charlie-

I have to say it's centered and in the right position and all but it's not my favorite looking part of the bike. Kind of like some part that the goldwinger hang off the sides of their bikes to put more or less air towards them. LOL!!
So your from WA. That has to be the heavens of dual sporting!!