Mammoth cave for the weekend

My first visit to Mammoth Caves was about two years ago but never on the bike with buddy's.
I finally got my buddy to go and we had less than 48 hours to do 860 miles and two cave tours. 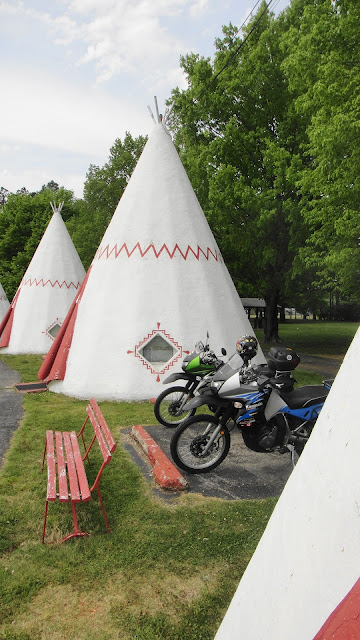 We stayed in Cave city at the Wigwam village. It's one of six villages made and one of two still standing. I would of loved to see this place back in it's day but that had to be a long time ago. The village needs some major updating along with advertising. Not one hint of this place as you drop down I-65 and not even signs that it's in town. I have to say it was the best I have ever slept out of my own bed.

Panoramic shot of the village and it made it look like they are in a row when in fact its in a half circle. The hint that it's curved is the door positions change. 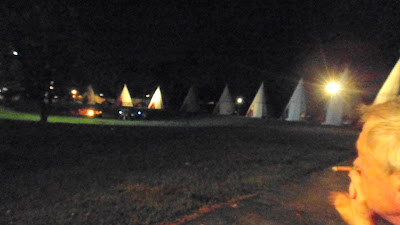 On the way down we stopped and picked up some stogies --- one of my past-times besides motorcycles, model airplanes, and actually growing tobacco. 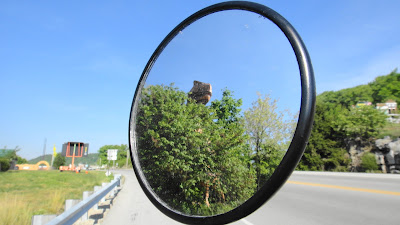 I had the strange feeling something was looming over me watching and waiting!!! 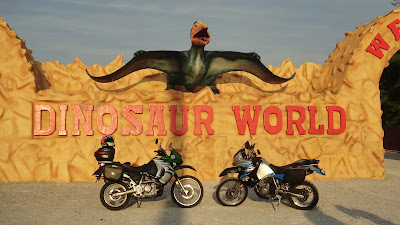 The whole have of Cave city is a rough ragtag of tourist stuff, from go-karts to zip-lines to junk knife stores or rock shops. I guess since you can't steal rocks from the cave you can buy pretty rocks from other places in the world. 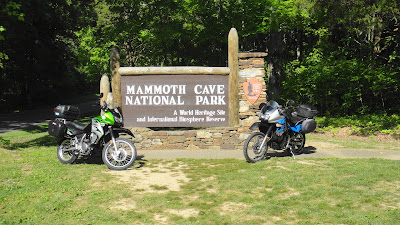 The two tours we did was New Entrance and the Snowball tour, both are fun but I recommend the New entrance tour. I'd like to head back there later this year during the weekday and take four days of camping it and doing tours I haven't been on.
The way home felt like two days and was going great till the last thirty miles when the weather was letting loose with massive winds and sudden down pours all at night and fifty degrees. Birrrr. Made it home and would do it all again.
Posted by FATTKAW at 8:07 PM

So jealous :) I wanna go to that Wigwam Village so bad! Very cool.

And I'm glad to hear you got a good nights rest there. Many of the reviews i've read were pretty down on the place. Gives me hope. One day!

I can easily see why people give it bad marks. It needs love badly but taking it for what it is, is the way I look at things. One night was fun and always being able to say I stopped there is one off the motorcycle bucket list.

Thanks for looking Fuzzy..

Looks like they didn't pay the bill for hosting. I'll go back later and link it to roadside america. Thanks for letting me know George!