Tubes used to drive me nut's!!

Over the last three years between the KLR and my kids Honda 70 I have had a huge problem with changing tire with tubes. Never had problems years ago as a kid changing bicycle or bike tires with old screwdrivers! I have been using the motion pro levers since the KLR has been in the garage and I'm at six or seven tubes pinched while levering on new rubber over a three year span, and about three with the kid's bike. I watched youtube movies to see what I'm doing wrong and it seemed I was lost.
After really loosing my confidence with all the failures I would get all worked up inside every season the bike needed fresh rubber. Here I'am a full on journeyman auto technician for the last 16 years and I can't spoon a tire with a tube!! ARGH!!! I ran across some irons made by Moose that are not pointed and are a nice spoon spoon shape. I bought two and tossed them in my tool box and waited..
This passed Monday my friend came by to get his tires done and I told him to bring four tubes just in case we messed up. Really embarrassing to tell your buddy this when I'm supposed to be Mr. bike man.
First tire spooned on and filled up and I just listened, nothing, nothing, WOW, I did it!!!
Second tire spooned on and the same thing, nothing! Now I feel bad I told him to buy four tubes but better safe than sorry.
The next day it was time for the KLR to get a new front tire. I was still worried because it is a very narrow tire and easier to kill the tube. As it turned out I did good, no holes. :) 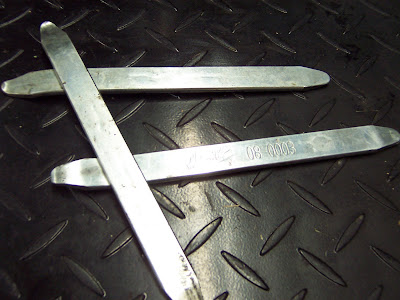 motion pro tube poppers!! I wouldn't give these to my worst enemies, next stop the trash can! 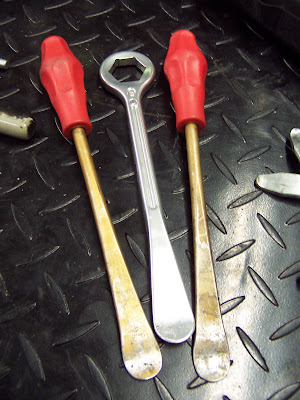 These are the moose tire tools that worked so well. These are going in the tool bag for my next big road trip next week. 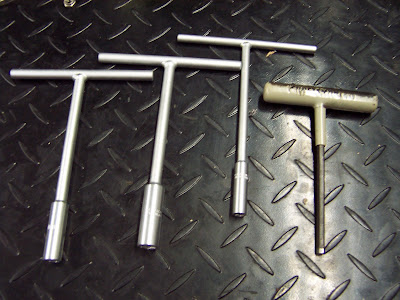 More tools coming along for the big trip. A 8,10, and 12mm driver along with a T-Allen for the front axle pinch bolts. 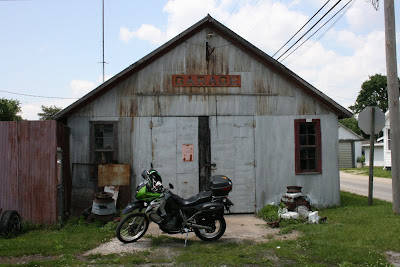 Took this shot last weekend and thought I'd throw it in. I have no clue what town this old garage was in but it was due west out from Princeton IL.
Posted by FATTKAW at 11:29 PM 2 comments:

Another visit to Starved Rock and Camping

Took my son out for a motorcycling camping trip last weekend. The weather gods finally lined up good weather with the weekend. We took off from the house as soon as I got home from work since I knew a lot of folks were going to also pull a surprise camping trip.
When we showed up there was only three spots left and the ranger said go to spot #66 as it was the driest. After about fifteen minuets some girl pulls up and says it's her spot and we need to move!! Yeah, right!! There was no reserved tag or paid tag so I told her to take off. The husband and Wife camping next to me were standing there listing to all this BS from this girl. The girl came back in about ten minuets and then we all told her to get lost!! The Wife told me she would kick her ass if she came back. That kind of freaked me out since it was only a camping spot and it wasn't like we were in a heated argument. It's only a camping spot.
After camp was up I went and paid like the ranger told me too. the crazy girl was there arguing with the ranger. wacko!!
I went back to post my paid tag on the post and some other ranger was talking to the crazy wife and husband. Whatever, I'm going to dinner and buy firewood!
I came back with a full belly and firewood and the crazy Wife and Husband were gone with a beautiful RV in the spot. Perfect all crazys are gone.. 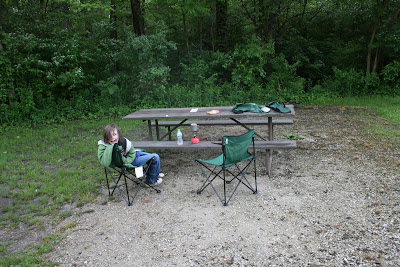 The rest of the camping was great and my new sleeping bag was perfect and comfy. Best night sleep I have had. Garrett was most excited about cooking noodles on the MSR stove. 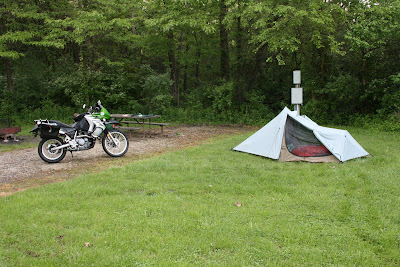 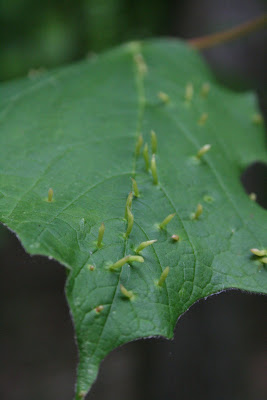 I have no clue what is on the leaf but if I had to guess it's caterpillars. 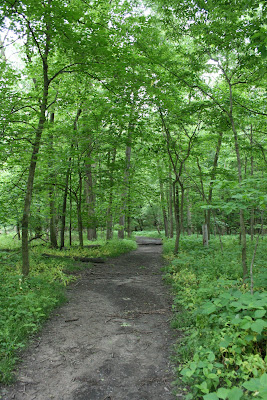 Trail out to the Illinois canyon. 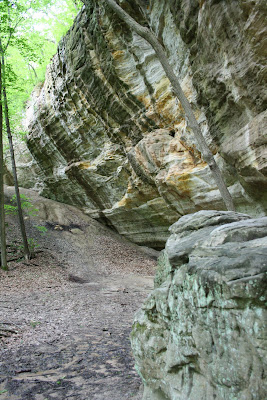 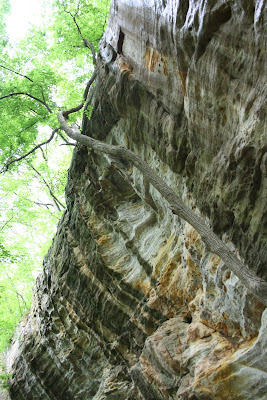 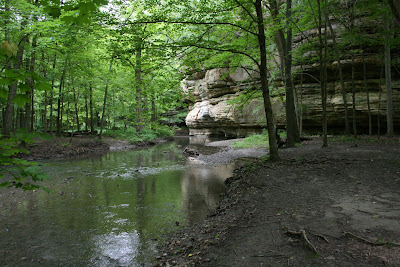 Wow, way too much water to get across to see the canyon. :( 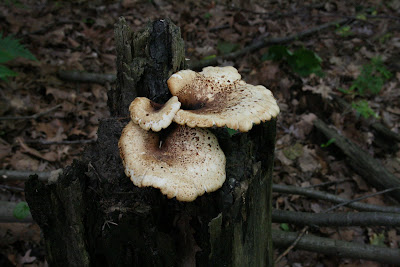 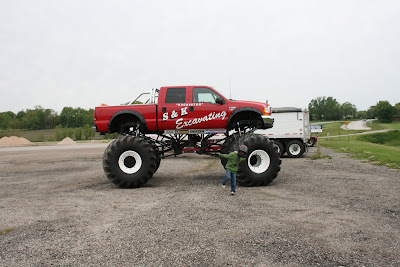