Yes the old Blue Ant headset has died again. That makes this three times in three years. The first headset was free since it was six months old when it failed. I called for the second one and blue ant swore they were sending out another for free but at the same time I noticed a lack of stock for months on the web page and it never came. I ended up getting one on Ebay. Not too long after this the interphone F5 came out and is a separate company from blue ant and they supply parts for the old F4.
The old news fail point is right at the connector where the wires are soldered in the elbow to the board. Twisting and bending eventually breaks the wire off and you loose one of the speakers. The new interphone company has beefed up the connector and it seems like the wire don't move as much under the black protective insulation.    >NEW INTERPHONE PAGE< 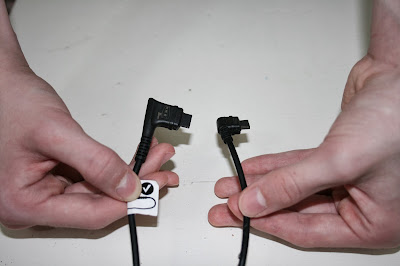 Obviously the left is the new company's design and almost double the surface area to grab and disconnect for removal to charge the unit. 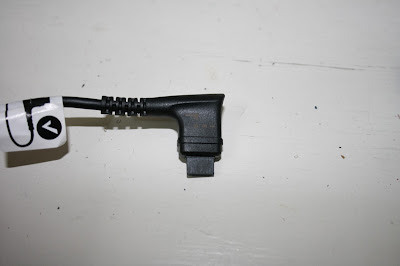 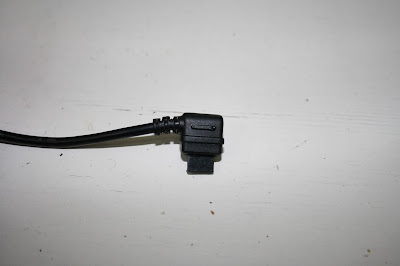 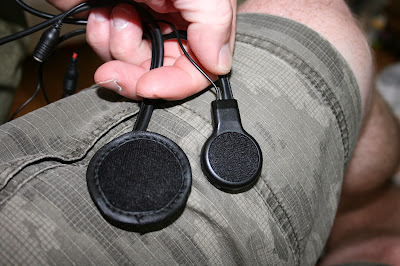 Speakers are different looking but provide the same great volume as the original. The new covering (on the left) give a little cushioning over the old. On a big day ride the old speakers would press into the cartilage of my ears and cause a slight ache and the new pads have not yet done this to me. 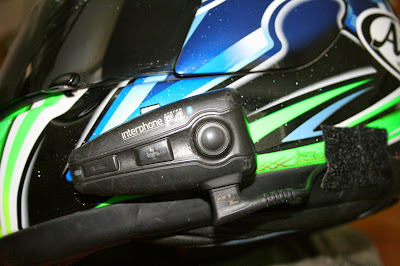 I did the same old trick with a extra piece of soft Velcro to hold the wire back and make a nice soft loop into the helmet. This made the old design last longer and if the new design is still flawed it will help too. Lets just hope the got it right otherwise I'm done with it and going with the F5 unit.
Posted by FATTKAW at 8:34 PM