I'm a Twitter and if you want to follow me that would be great. Click the link on the middle left of the screen and enjoy. Lot's of little things that don't make a big story but cool will be tweeted..
Posted by FATTKAW at 9:17 PM No comments: 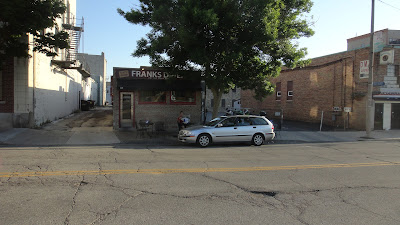 One place I have been meaning to stop at has been Franks Diner. So as we made our way up north to Road America, we made sure to make a stop there. Nice place and fills up quick...and I mean it! We got there early at 6:30AM and some locals were waiting before us. Twenty five minuets after opening the diner was filled.  The food was good and the waiter was quick-witted with sarcastic comments; I had to hold coffee back from coming out of my nose. 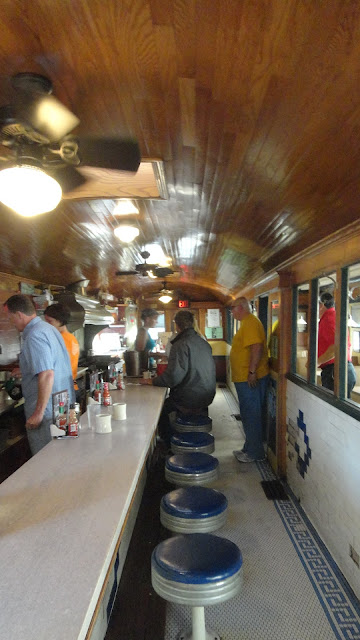 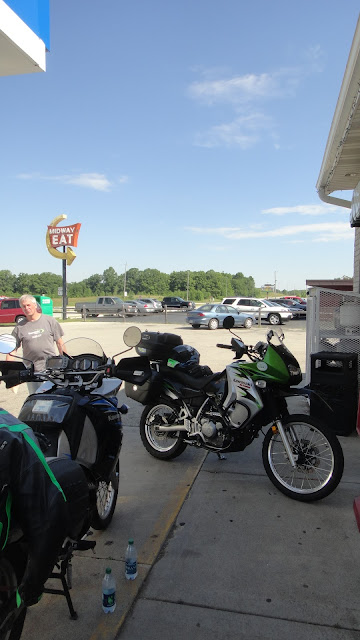 Gas and water stop before getting to the track. Water at the gas station is way cheaper here.  BTW: I love these old road signs for stores/restaurants, nothing generic about old school. 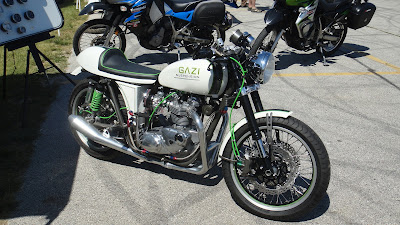 We stopped by our friends at flatlandcycles. He also does great Triumph restorations. 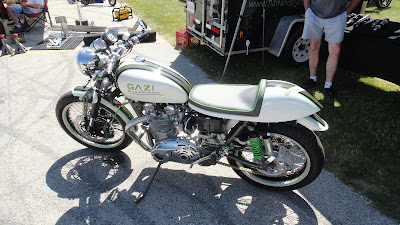 Funny thing is when it's 90 degrees and sunny outside, I lost interest  it taking pictures of old honda's running around the track with no mufflers. The races were poor with a lot of junk bikes and low turnout. Really not worth the effort and thirty bucks to get in. My hope was to see an old GP two stroke v-4 running around the big track, but no luck. I think I will have to go over to Mid-Ohio to see a high dollar GP bike alive and smoking. 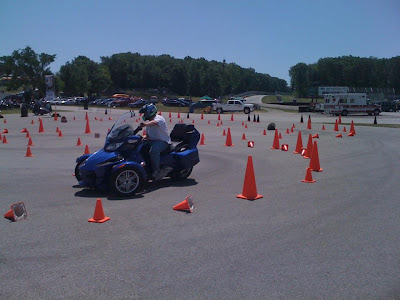 The BRP had the spider demo rides going and my buddy and I went for a escorted ride around Elk Hart Lake. It's interesting to ride, but like they said multiple time during the intro, "it's NOT a motorcycle" and that it is definitely correct. To each his own.
Posted by FATTKAW at 8:32 PM No comments: 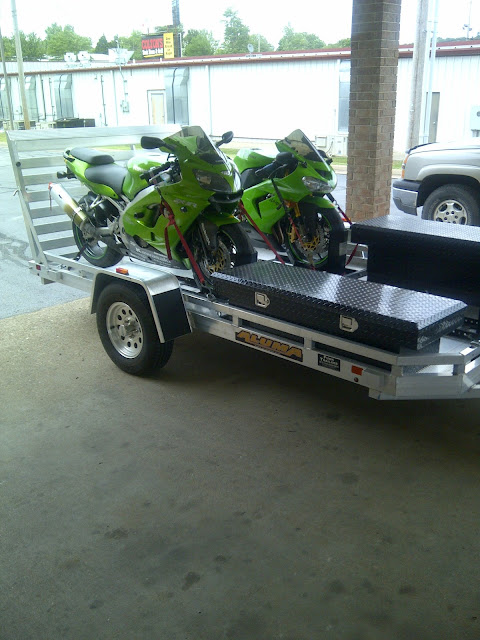 Arkansas Has been pushing motorcycle tourism for a few years now and have  routes that loop out of the town of Harrison.<---link for the free maps!! So we headed down and cheated by dragging the bikes down. 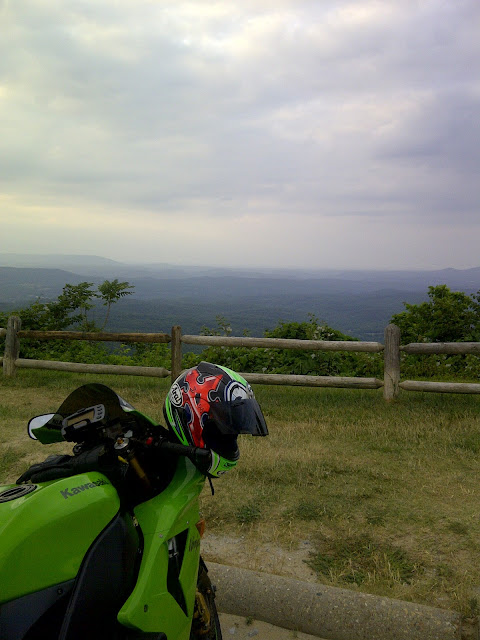 First days view and warming up the brain to the speed of the ninja always takes some time since the KLR gets triple the miles a year. It didn't help either that we were only 20 miles into the ride then me and Jim both found spilled diesel and slipped the tires. Just a little wake up to keep the speed in check and not let the fun stop in a bad way.

We had no clue but Harrison was hosting a Goldwing riders gathering and most of them were trikes. Nice folks but I don't know about a purple fuzzy seat covers and a fake dog on a leash but to each his/her own!! 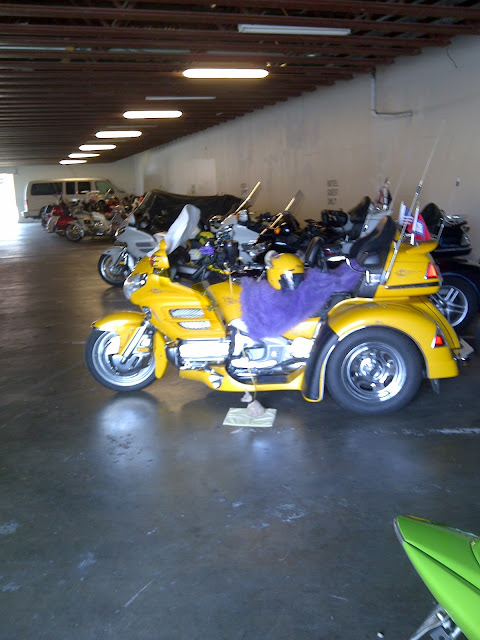 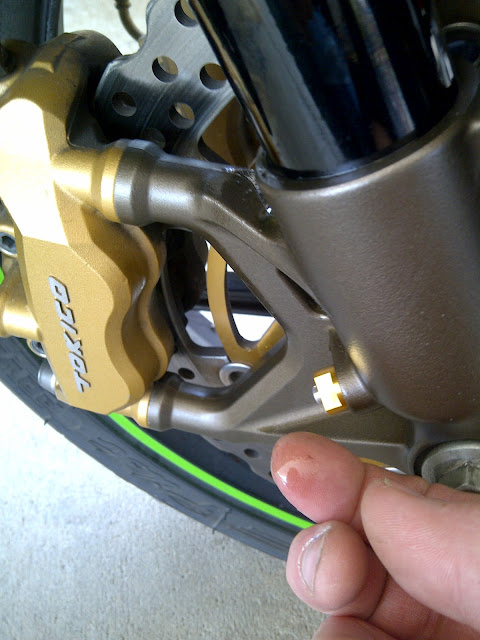 My fork seals decided to give up during the trip. The bike kept handling well even with this leaking at a heavy rate. It was so bad after three days it was running back on the lower faring. :O Every 50- 70 miles I would wipe off the tubes and lower fork. 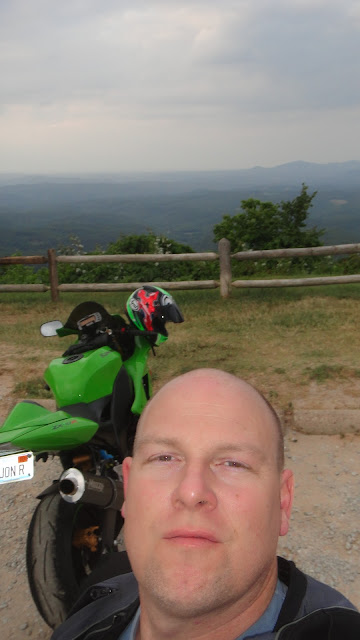 Me
Best thing about riding down in AR, it's not endless curves. meaning you get a break with some good straights. Compared to TN or NC you get endless curves and by the end of a trip I would be begging to get back to IL for a half mile of straight road. 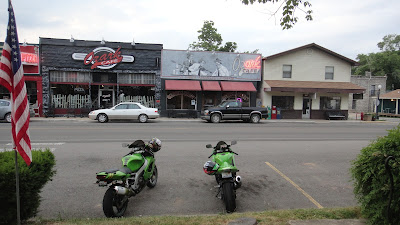 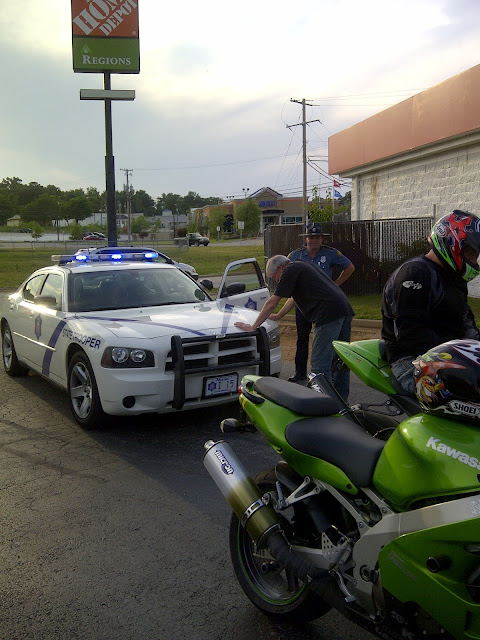 HOUSTON WE HAVE A PROBLEM!!!!!!!
Not really but a cool state trooper that played up for a good picture. I posted this on facebook and about a hour later I did a check-in at the state trooper HQ. My facebook friends were falling for it and I remembered to call the wife to tell her it was fake. 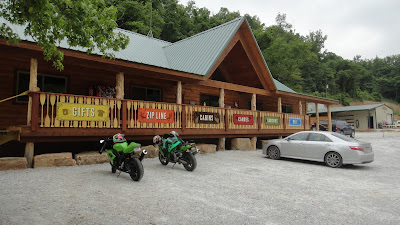 This little place was great break since we were told about the lost valley down the road. We felt bad for them since the income for them is the river and that was bone dry. For March and April they only got a 1/4 inch of rain, plus a dry winter. 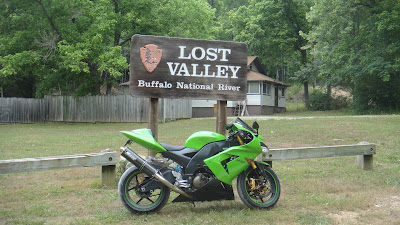 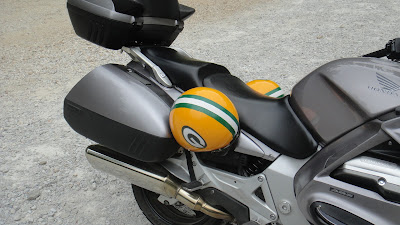 Do I need to tell you he's from Wisconsin!!?? 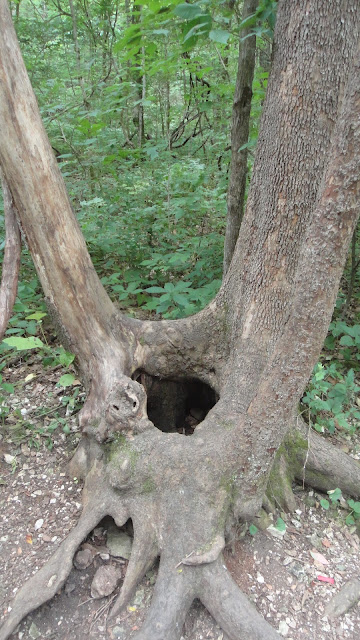 Can you say toilet bowl tree. 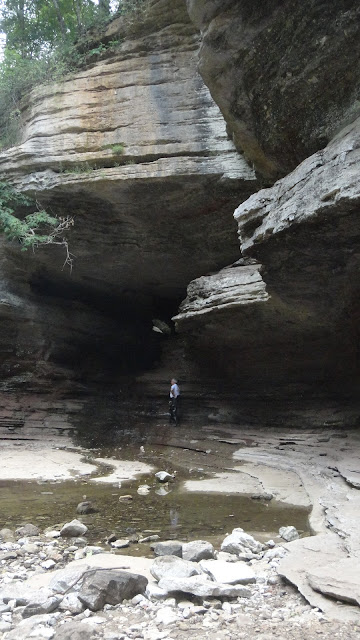 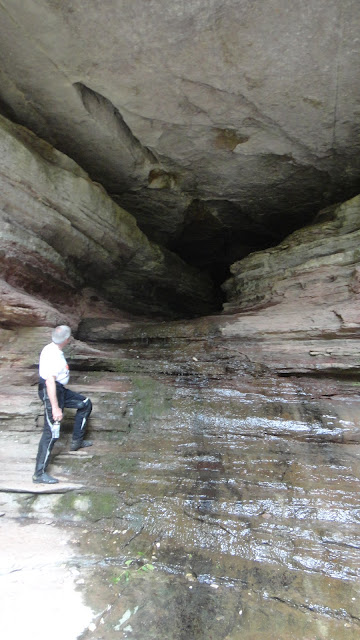 Yep, we went up and through it and up to more caves. 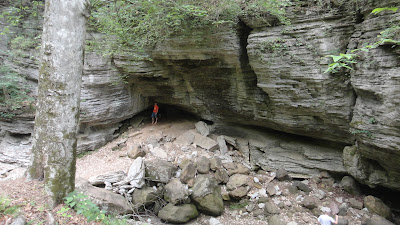 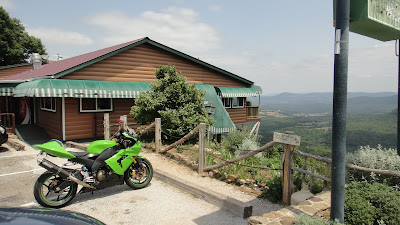 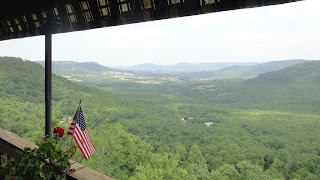 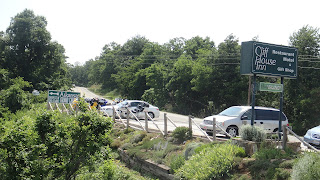 If you ever are shooing down RT 7 the Cliff House Inn is a must stop. Great food and a view to boot. While you eat the humming birds come and go to the feeders on the deck. 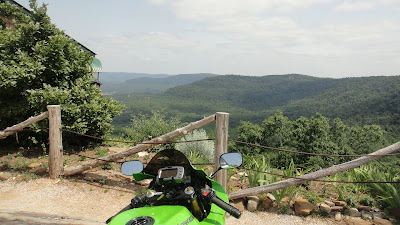 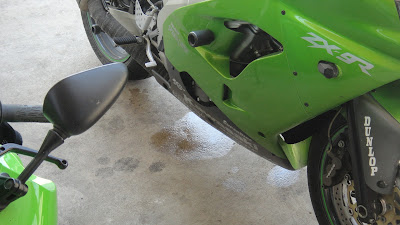 Jim's bike drank too much! 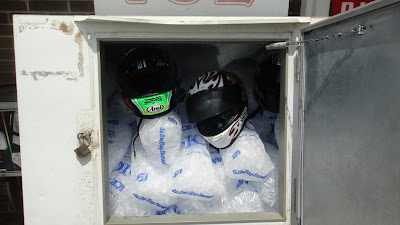 Helmets on ice in the 95 degree heat and it feels soooooo good plopping them on after a little gas break. Looking forward to heading back down this way but it might be on the KLR as I pass through on my way to Many LA in September. 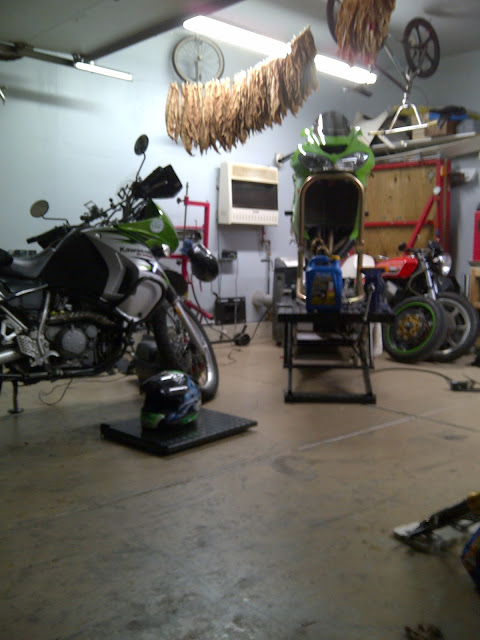 Forking the ZX was a little pricy at $340 bucks for seals and fresh oil. I would of done it myself but the investment of the tools would of been a waste. Well it's already back together and feels good.

Next up is vintage races at Road America. I just want to hear a V4 two stroke scream down the front straight!!
Posted by FATTKAW at 10:16 PM 2 comments: